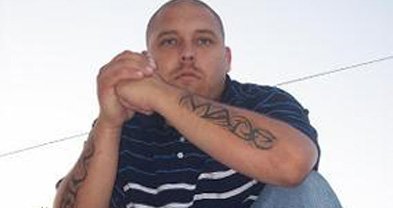 "Sicko Records runs San Diego," says Sicc Made of the label founded by Southeast San Diego rapper Lil Uno. "We are all over the radio. We perform at car shows in front of 2000 people. They see our CDs on the top shelf of FYE and Tower Records across the U.S."

Still, says Sicc Made, the label has its detractors.

According to the rapper, "One local artist who used to be on Sicko said in an interview that 'camping is for Boy Scouts,'" a dig against the Sicko artist roster, which is nicknamed "Sicko Camp."

The label's local-artist compilation Heat Rocks was its fifth to include Sicc Made's music.

"People get upset because I'm on Sicko Records," says the rapper, who describes himself as half-Irish/half-Cherokee. "They look at this white boy and say, 'Hey, who is this?' I had to let them know that a white boy has raps too.

"They feel [Sicko] should be strictly a Latin label with strictly Hispanics," he says. "I grew up in East San Diego in a Latin community. My stepfather is black. I grew up hanging around Mexicans. My family is mostly black. I got exposed to a lot of things.

"People tell me I will have a hard time, that I won't sell any records, that I'm barking up the wrong tree. While they keep barking, I'm still rising. I've been doing this for ten years."

Sicc Made does rap about artists who have crossed the Sicko label, but he doesn't use their names.

"I speak in general terms. If somebody is reading this and they know in their heart they did this, then they know I'm shooting at them."