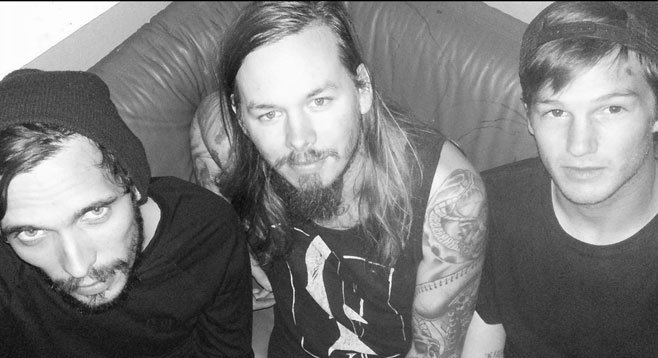 Se Vende (which, translated from Spanish, means sell oneself, give oneself away) released their debut EP F**# Yeah in 2011.

Specializing in a mix of power-pop and punk, the tattooed trio cites Jawbreaker, Foxboro Hot Tubs, and Leftover Crack as influences.

“Our best show ever was at the Yard, with a bunch of kids just dancing and loving music,” says singer/guitarist Jonathan Espich, aka Jonny Cuz (the Wastrels and Revenge Death Ball). “Some super punk kid ran into me and said 'go back to the suburbs.' Our worst show at the Harp: some Hot Topic kid threw a birthday cake all over me and my gear.”

According to Cuz, “I came up with the title after thinking about the best way to describe the songs. They’re catchy and poppy sounding, with dirty vocals and lyrics that tell a story.

“Mostly sad and fucked up stories.”