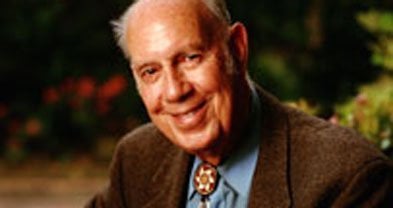 Folk singer/songwriter Sam Hinton got his start onstage at 19, singing and playing with the Major Bowes traveling vaudeville show, with whom he toured 46 states and parts of Canada. San Diego’s Mr. folk Music. A regular at the San Diego State Folk Festival and at festivals all over. Knows thousands of songs. Recorded for Folkways, Decca, etc. Worked in the Public Relations Department at UCSD in the mid-1970s.

You probably knew Hinton’s voice without knowing his name. Our grade-school teachers played his records. Hinton was the jocular guy avowing, “Whoever shall have some good peanuts and giveth his neighbor none/ Then he can’t have any of my good peanuts when his good peanuts are gone/ Oh, won’t it be joyful, joyful joyful.”

“Good peanuts” became “Girl Scout cookies,” then “delicious strawberry shortcake with lotsa whipped cream on top of it.” We clapped and sang along.

San Diego’s Sam Hinton — singer, songwriter, song collector, multi-instrumentalist, folklorist, naturalist, herpetologist, and friend to all on two, four, or zero legs — died September 10 at the age of 92 in an assisted-care facility in Albany, California.

Hinton learned more than 2000 songs in his lifetime and, according to his biographer, the folk musician Adam Miller, seemed to remember every strum and lyric.

Hinton earned a zoology degree at UCLA in 1940. Employment at Scripps Aquarium and the natural history museum at Palm Springs kept the singer busy with fish and his beloved reptiles, but he always made time for performing.

Granddaughter Katrina Cooper recalls: “He liked to combine the music with interesting lessons in folklore and culture or history.… He could also do things others cannot, [such as] whistle and hum in a round doing both parts…and stuffing an entire harmonica into his mouth so that only the tip stuck out and playing three-part harmony.” That is, until 2002, when, at the age of 85, Hinton’s polyneuropathy rendered him too sick to perform anymore.

Daughter Leanne Hinton recalls this telling scene, circa 1997: “I arrived at my parents’ house in La Jolla one day, and there on the back porch was a trash can that was tied shut and rattling loudly. Turns out a neighbor had found a rattlesnake in her yard, and as everyone always did, she called Sam. Sam limped over with his cane in one hand and a snake stick in the other and caught the rattler and put it in the can.

“He and I went out that afternoon with the garbage can in the back of the car, trying to get beyond all the developments that were taking away more and more of the wild space, and finally found our way past the last suburbs to a canyon, where Dad let the old feller go.”