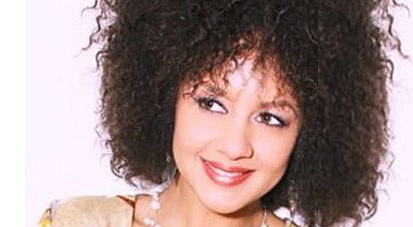 Sultry singer Rebecca Jade (Siren’s Crush) was the singer for Super Magnetic when that band won the 2010 Ultimate Music Challenge at Viejas Casino. She released her debut album The Jade Element in July 2011.

The following year, Jade began performing internationally as a member of “smooth-jazz” saxophonist Dave Koz’s Cruise. During one cruise, Sheila E. approached her about filling in for one of her back-up singers. “One of them was unable to make a few dates, so of course I said ‘yes’ even though I had to bail on a few things here in town,” Jade told the Reader. By summer 2017, she had become a member of Sheila E's band.

The 2019 Rebecca Jade & the Cold Fact album Running Out Of Time was recorded with Alfred Howard (percussion and lyrics), Jake Najor (drums), Jason Littlefield (bass), Daniel Schraer (keys), and Ian Owen (guitar). “We rehearsed for six months before we went in to the studio, so we were able to knock out the band parts in two days. Then I went in to the Redwoods home studio to lay down the vocal tracks. I’m a stickler for getting my parts just right, and I needed a few takes to make that happen.”

She was seen during the TV broadcast of the 2020 Oscars ceremony singing backup for Elton John.