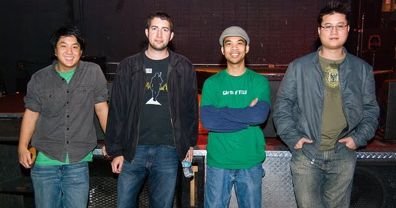 During the height of the digital era, amidst the mobile beeps and computer squeaks, four office workers shook off the shackles of mice and keyboards and ventured off into the night bringing warm sounds and distorted rock to the masses.

Project Analogue was formed in 2005, though singer-guitarist Joey Tan and lead guitarist Tuan Le have been friends since the sixth grade. After playing around town at venues like Brick by Brick, Dream Street Live, 710 Beach Club, and O’Connell’s, the band recorded a 13-track album in 2009.