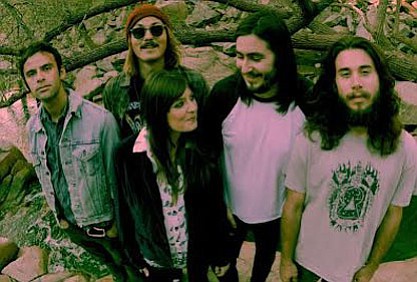 Based in Encinitas, Ocelot mixes psychedelia and old-attitude rock and roll. The group was founded by James Upton and his ghostly reincarnations of heavy blues riffs, and Stephanie Brown, whose abstract tales of everyday tribulations are sung in a soulful mezzo-soprano with just a sip of Jack Daniel's.