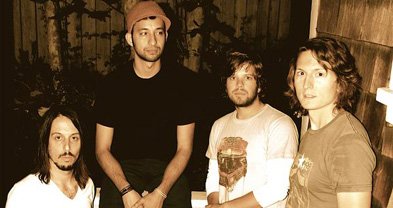 Current Status: The band is playing, touring, and recording. They now cite L.A. as their home.

Singer/songwriter/guitarist Matt Szlachetka was performing as the Northstar Session in San Diego for a few years, garnering exposure throughout the country with various tours up the West Coast and across the southwest, and northeast. While in San Deigo, Szlachetka began to frequent L.A. for shows and recording/writing sessions. On oneof these trips, he met drummer/keyboardist Kane McGee through a mutual friend. McGee is an L.A. native who has played drums in Clover, Radford, and Pedestrian. The two teamed up and started writing.

Move forward a year. Szlachetka moved up to L.A. permanently to regroup the Northstar Session with McGee. At that time, they also began writing with Melissa Reiner (violinist/lyricist extraordinaire), and those writing sessions quickly evolved into the 2007 EP To Be Continued.

During the recording sessions for the EP, Szlachetka and McGee enlisted the help of other musicians for tracking, including Dave Basaraba (keyboards), Shiben (bass), Matt Warshauer (bass), and Ed Maxwell (bass).

Szlachetka describes the band's worst gig: "Definitely when we opened for Dave Brubeck with the San Diego Pops at the Embarcadero [in August 2005]. We were playing outside next to the merchandise booths and food concessions and literally were almost attacked and killed by every elderly person in attendance. I don't think I've ever seen such pissed-off senior citizens before. I'm sure that our amps were really messing with their hearing aids."

Asked about his favorite guitar, Szlachetka singles out a Stratocaster. "It is an early-'90s Fender American '62 reissue. I had big frets put on it and recently had a set of Van Zandt blues pickups installed. I've had the guitar for six or seven years. Got it in college. I don't think I could ever get rid of it."