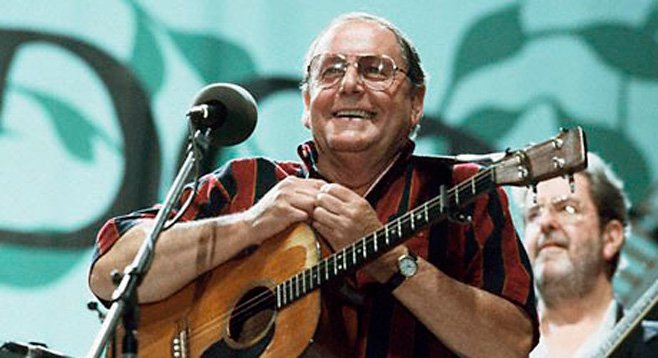 Nick Reynolds was born July 27, 1933, at Mercy Hospital. After learning guitar and ukulele from his dad, he graduated from Coronado High School and attended college in Palo Alto. There, the Kingston Trio formed, and their 1958 debut hit number one. They once played their anti-war song “Where Have All the Flowers Gone” on the White House lawn.

Reynolds quit the Kingston Trio in 1967, but rejoined a few times through 2003. After moving back to San Diego in 1985, he had various health problems and setbacks. He died from respiratory disease at a Chula Vista hospital on October 1, 2008, at the age of 75.

The SDMA Lifetime Achievement Award winner's work with the Kingston Trio was showcased on collection of holiday tunes released in November 2014, Last Month of the Year, originally released in 1960.