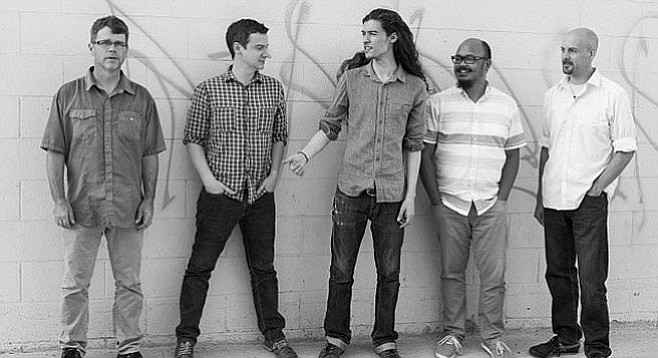 “In this group everyone is using electronics, even me,” says Tordella. “There’s a liberal use of effects pedals, so the end result doesn’t sound anything like mainstream jazz. We have a lot of layers and on some tracks extra guitar parts as a kind of ear candy.”

“With Moth & Sons, it’s a style drawn from trip-hop, drum ’n’ bass, ’90s R&B, grunge, and jazz concepts and principles,” says Magsino. “I’ve always leaned toward the melting-pot idea. Not exactly to make it just homogenous, but to find ways to connect similarities and differences without alienating the core concept of a particular style.”

Their debut Sign of the Times, recorded in a single day at Audio Design, was released in February 2017.