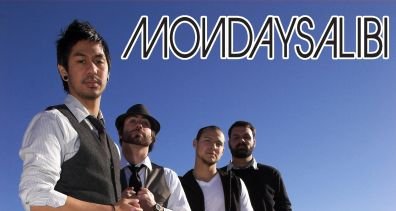 In early 2009, Monday’s Alibi began recording their first full length album Departure. In between studio sessions, the band filled their schedule with performances at San Diego Venues like the House of Blues, Soma, Canes, the Casbah, the Epicenter, Brick By Brick, Dreamstreet, Humphreys, and many more.

During the summer of 2009, the band hit the road for the “Off With the King! Tour” through California, Oregon, Washington, Montana, Idaho, and Nevada to promote the release of their record.

On return to San Diego, the band released Departure in November of 2009. With over 100 shows to their name, the band says they have begun preliminary work on their sophomore album while preparing to hit the road in July 2010 on their 10 state “Final Departure U.S Tour.”