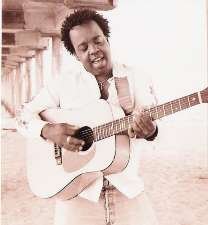 If diversity were to open a funky American club, love would be the doorman, enlightenment would be the bartender, and Mitch Budd would provide the music. Drawing on elements of rock, funk, blues, jazz, folk, and pop, Mitch Budd's acoustic grooves guide you to spiritual bliss. As a singer/songwriter and guitarist, Budd has been performing in San Diego for over eight years.