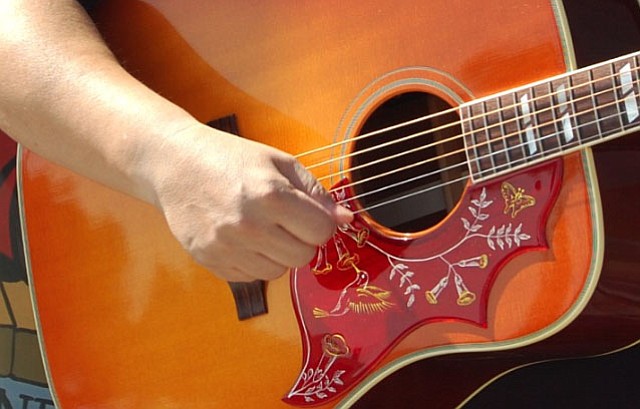 "I'm pretty much at the age where I feel it's important to play the music I want to play," says Michael David Lewis, aka mikelewismusic, a veteran of the San Diego music scene for nearly 30 years. Having been a supporting player for the Radical Molesters, NEIN, the USSR, and CenterAisle, he says, "It was time to finally step out on my own and say what I needed to say."

In 2004, Lewis did just that, releasing his debut album mikelewismusic two years later. He says the nine songs are "personal in nature. I wrote 'Adam (Beautiful Boy)' with my son Adam
playing at my feet. The inspiration to write this song was so great at that moment the song pretty much wrote itself."

Lewis - who performs solo on acoustic guitar - has appeared at the San Diego County Fair, Lestat's Coffee House, Portugalia, and the Metaphor Cafe. His concert EP Live! was released in 2014.