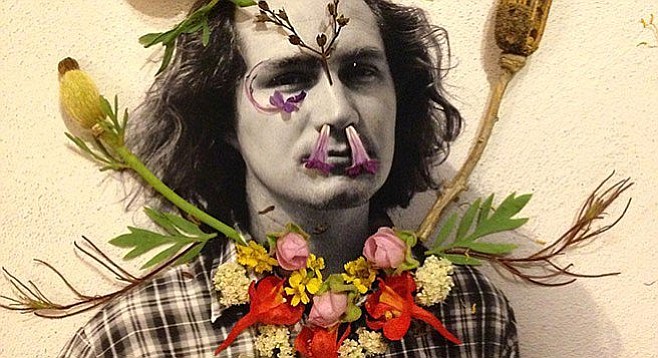 Matt Lamkin grew up in North County, attending Torrey Pines High School in the late ’90s. His band the Muslims made waves in San Diego before moving to L.A. in 2007 and evolving into the Soft Pack. “I got a job connected with my degree [in film],” said Lamkin at the time. “It’s not like we’re moving up there to get signed.”

The new musical friends he met in Ensenada aren’t your typical rockers. “One of the guys I play with is into composition. Another friend on the record plays viola. We really clicked.”

Lamkin's debut solo vinyl album, the experimental Where I’m Matt, was released by San Diego’s Volar Records in early 2017. Recorded partly in Montoya’s Elektricalifornia La Mesa studio and partly at Mexikart in Ensenada, it sports handmade collage cover art created by Lamkin and Claire Acosta. A couple of the songs harken back to the more straightforward, garage-tinged rock of the Soft Pack, while the remainder veer all over the map — which is exactly how Lamkin recorded the album.