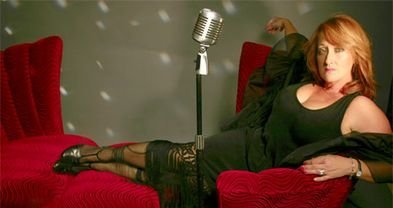 Singer Kitty Baudoin moved to San Diego in the summer of 1994 after spending five years in Hawaii and has lived here since then -- with "many trips home to New Orleans thrown into the mix," she says. "I love San Diego, but I have to admit that my heart is down South, my home."

Kitty feels that her mission is to deliver the New Orleans spirit to San Diego. She was not in New Orleans during Hurricane Katrina, but, she says, it "messed up my home badly. My family has lived in Louisiana for hundreds of years and had been through a lot of hurricanes, but this bitch did a number on us all. We all lost a lot -- friends, homes filled with memories that took lots of blood, sweat, and tears to make...whether the idiots that fill the offices on Capitol Hill get their act together one day and allocate the Gulf South area with the tools they need doesn't really matter in the long run. It will be the spirit of the people that will make the South rise, better than ever before.

"I think that everyone should do themselves a favor and take a trip to New Orleans, Slidell, and the Mississippi Gulf Coast to see the beauty and the destruction to fully understand that no, it is not fixed yet, and that we all have to make our voices heard to effect positive change in the cities and towns torn to pieces by Lady K."

Here in San Diego, she has a few favorite hangouts. "The Technomania Circus at the Center for Amusing Arts in southeast San Diego. O.B. People's Co-op on Friday evenings from 5:30 to 7:30 for their 'Free Music Friday.' My bandmate Mark Lamson's studio in East Village. And my new favorite is Cafe Noir at 447 Ninth Avenue."

Asked "Where do you see the local music scene in ten years?" she replies "I don't see it very much different than it is now. Not that there isn't a scene, it is just so disconnected and spread out. Until the music community can really become a community and work together, I don't see it being much different. One thing that will be interesting to see come together is the downtown development, if all the people living downtown will manage to develop something that is honest and truthful in its musical expression. They do have a chance to create a community that is full of art and music on a daily basis, not a yuppie wasteland like what the Gaslamp has become, but something that we can really be proud of."

And her most memorable brush with the famous? "The Stray Cats spent a leisurely evening at my home in New Orleans drinking whiskey and dangling my poor cat Ratbait out of my window, muttering how much they did not like cats. They did bring him in unharmed."