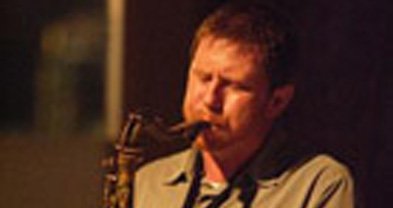 Reedist, composer, and scholar Jason Robinson was weaned on psychedelic rock by his father, veteran Northern California guitarist and songwriter Amos Robinson. He gravitated to the music of R&B pioneer Louis Jordan, Jimi Hendrix and Charlie Parker as an aspiring musician, and jumped into the Sacramento jazz scene as a teenager. After a year at USC, he transferred to Sonoma State, studying jazz and philosophy with bassist/composer Mel Graves.

Always looking to extend jazz practices, he co-founded the hip-hop jazz combo Cannonball, and introduced saxophone to the roots reggae band Groundation, with whom he continues to tour. Already well established on the Bay Area jazz scene, Robinson experienced an epiphany when fellow saxophonist Marco Eneidi introduced him the roiling music of avant-garde piano patriarch Cecil Taylor. Looking to develop improvisational and compositional ideas beyond straight-ahead jazz, he was drawn to UC San Diego by heavyweight faculty members like Anthony Davis and trombonist/composer George Lewis.

San Diego provided fertile ground for Robinson on and off campus. His connection with Groundation opened the door to recording collaborations with reggae giants such as Don Carlos, Ras Michael, Marcia Higgs, Eek-a-Mouse, and Toots and the Maytals (who featured him on the Grammy-nominated 2007 Fantasy album Light Your Light). He launched the cooperative quartet Cosmologic with fellow music grad students, trombonist Michael Dessen, bassist Scott Walton and Skeleton Key Orchestra percussionist Nathan Hubbard. While initially devoted to exploring the rambunctious compositions of Ornette Coleman, the group quickly morphed into a composer's workshop, a role it's continued to play over the course of four albums.

A founding member of Trummerflora, an influential San Diego musician collective, Robinson seeks to bring experimental music to audiences largely cutoff from vital creative traditions by the homogenizing force of the music industry. In San Diego, that has often meant looking south. He's toured across Mexico as part of the collaborative transnational Cross Border Trio with bassist Rob Thorson and drummer Paquito Villa, and he joined the Spanish-English bilingual Latin-reggae band Elijah Emanuel and the Revelations.

His farewell-to-San-Diego concert happened June 2, 2011, at Dizzy’s, after which he and his wife moved to New England.

A 2012 full-length, Tiresian Symmetry, concerns Tiresias, a blind seer said to have lived seven different lifetimes. "Mythology seems related to the kinds of storytelling that we, as jazz musicians, like to do. I'm really interested in my music in creating new kinds of mythologies, new ways of hearing music."

"By calling the project Tiresian Symmetry, I'm interested in drawing upon this myth of Tiresias to help listeners and the performers think about how the music might have these sort of multiple narrative layers occurring all at the same time. The name is a reference to an ancient Roman and Greek myth about Tiresias, this blind seer that lived seven different lifetimes, and also had a kind of duality in their existence. This duality comes out in male and female, in yin and yang, and seeming opposites in a certain sense."

A ubiquitous and often pivotal figure in the stories and myths of ancient Greece, the blind prophet Tiresias was blessed and cursed by the gods, experiencing life as both a man and a woman while living for hundreds of years.

"I was attracted to the myth of the soothsayer, who tells the future even when it's not welcome information," Robinson says. "But on a more technical level I was intrigued by the numerical relationships. Tiresias lived seven generations and spent time as both male and female, which gives you 7/2. The pieces I wrote for the album embody those numerical relationships in a variety of forms. Of course, in the end there's the litmus test. The music has to sound good and feel good."