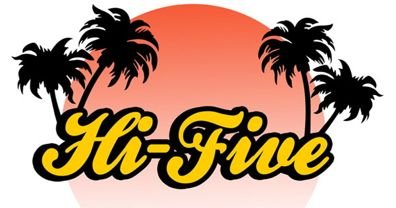 The Hi-Five were actual Charger players who recorded a slinky soul album at Studio West in Rancho Bernardo, for an album sporting a cover of the five jocks in tuxes outside their Mission Valley stadium, lightning bolts rending the night sky behind.

1981’s The Other Side of Us by the Hi-Five — Chargers Kellen Winslow, Leroy Jones, Charles DeJurnett, John Jefferson, and Fred Dean — appears largely unknown, shrouded in misconception, even for the reverent record collectors who’ve paid $154 for a rare vinyl copy.

One online description from Europe sets the typical breathless tone: “Soaring grooves with a warm and jazzy finish, a great bit of lost early ’80s soul from the California indie scene! … The vocals are especially great, often with harmonies that glide and groove in a wonderful way.…”

Helping to obscure the identity of the Hi-Five is widespread confusion with a charting New Edition–ish R&B act from Texas bearing the same name. Apple’s online iTunes store even has the SD Hi-Five album tracks in the Texas act’s catalog. Misleading further, the Charger Hi-Five record was produced by Bernard Thompson, who also cowrote its original material with a Kirk Thompson (only cover is oldie “Backfield in Motion”) — and the Texas boy-band’s lead singer was Tony Thompson (who had a fatal “huffing habit,” overdosing on Freon in 2007).

Of the 20 musicians credited, current Studio West owner Peter Dyson only recognized the last listed, saxist John Rekevics — a vet sideman for Dianne Carrol, Mel Tormé, David Sanborn, Bob Hope, Lynyrd Skynryd, Natalie Cole, the Four Seasons, Johnny Mathis, the Fifth Dimension, and the Temptations and 20-year SDSU faculty member. “I think it was a pretty good LP for a bunch of football players,” assessed Rekevics when contacted. “Some of the tracks were in an Earth, Wind & Fire vein, with the tight horn lines.”

According to an October 1981 Billboard article, there were 15,000 copies pressed. And though the members “admit …they were essentially locker-room singers” who “had become serious,” there’s scant trace of further vocal activity other than Hall of Fame tight-end Kellen Winslow later singing in SD’s Bethel African Methodist Episcopal Church choir.

Indeed, on the record, Winslow puts in a churchy “Have mercy!” after his memorable sung-spoken part: “My name is Kellen…/ Alias/ the brown-eyed Scorpio/ #80 in your program/ #1 in your heart.”