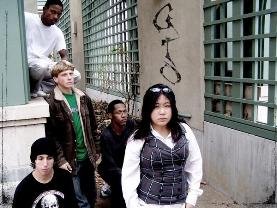 Gone to Oblivion is a female-fronted five-piece alternative metal band. Their first album, Forgotten, was released in 2006, with two of its singles -- "Roses and Razorblades" and "Lullaby" -- charting on NumberOneMusic.com's Hard Rock/Alternative charts. Their newest EP is called Out of the Shadows of Silence.

The band has performed at venues like L.A.'s Roxy Theatre, Cane's Bar and Grill, Dreamstreet Cafe, and the Jumping Turtle, as well as at First Night Escondido two years in a row (2005 and 2006).