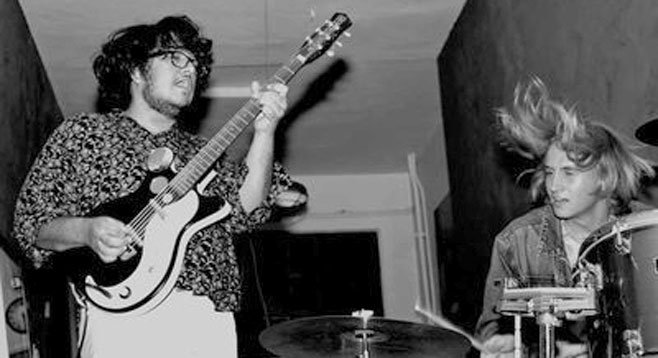 “Being a Mexican-American makes it difficult to succeed in a predominantly white music field,” says North Park native Gonzalo Meza, who was still in his teens when he co-founded the Flower Animals. “I can feel it whenever I get on stage...before I even start playing, I’m judged by my skin color. They expect me to start playing ‘La Bamba’ or something. I like to think I’m not the only Chicano who loves and identifies with rock and roll.”

Meximericana was released in early 2014. “I named our first album Meximericana because it’s American music, written by a Mexican-American in a border town,” says the 2012 graduate of San Diego High School.