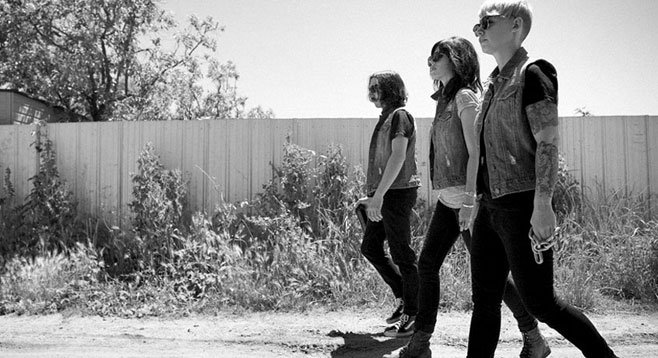 Flaggs, originally featuring guitarist Lindsay Matheson (aka Lindsay Lee, formerly of the Nervous Wreckords), bassist Leslie Schulze (formerly of the New Kinetics), and drummer M. Franco, made their concert debut on July 13, 2013, at the Casbah. A self-titled debut EP was released in summer 2013.