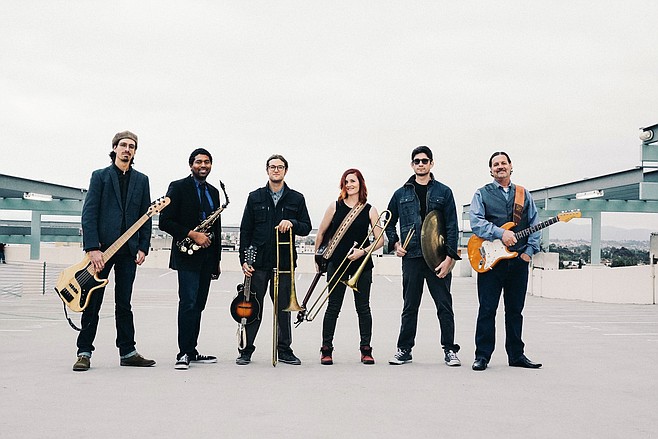 Finnegan Blue began in 2015 as an Irish rock band before morphing into jazz, funk, and afrobeat. “We formed to play at a bar on St. Patrick’s Day,” says founder/songwriter/lead singer Anna Lee Fleming, a 2014 SDSU graduate who was born and raised in North Park. “We branched out to include a broad spectrum of American folk, bluegrass, Americana, New Orleans funk jazz...and traditional Irish.” The band includes her brother Wili Fleming.

A self-titled album was released in 2018.