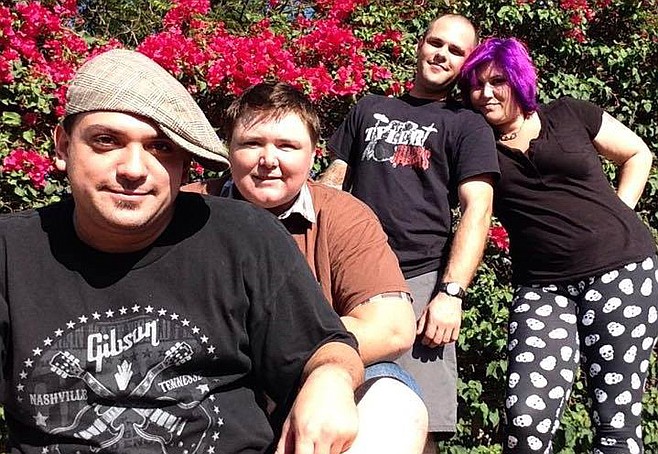 Roxy Blue and the Handful had one release, What's the Password, before evolving into simply Roxy Blue, named for their frontwoman. Under that name, they released a debut EP Raw (Hit Nation Records) in April 2013.