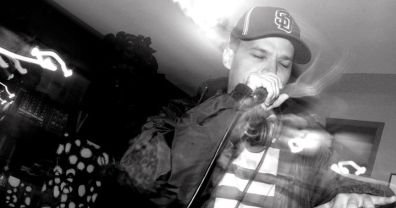 Born in Durban, South Africa and raised in San Diego, Fifty Fathms says he was heavily influenced by music and art since a child. He describes himself as passionate to a fault "when it comes to anything my hands touch." Fifty Fathms says he has been involved in the San Diego hip-hop scene since about 1995 and says he's a lover of hip-hop since the early '80s.