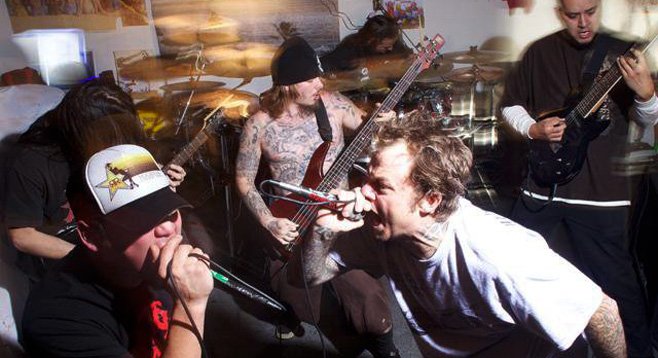 Downspell was founded in Sitka, Alaska. After three gigs, the metal band relocated to San Diego and began playing around town with Scumchrist singer Tyson Montrucchio.

Their first two albums were Afterbirth and 7 Dead, 6 Wounded -- the latter was rereleased in the UK in June 2011 by Feto Records on a split CD with new music from the band All Will Suffer.

The band spent July 2011 on a west coast tour, before hitting Europe in August. Also announced for 2011 was a split CD and twelve-inch with UK metal grinders All Will Suffer, on Shane Embury’s UK-based label Feto Records.