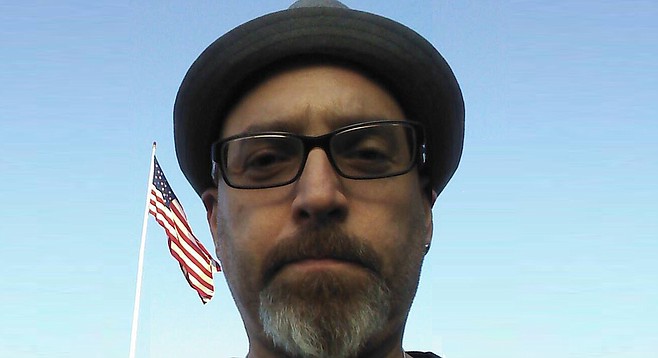 "When I was just starting out in San Diego's exploding acoustic scene in 1990, I was a homeless addict with a minimum wage job in a small coffeehouse," says Dave Howard. In addition to recording his own albums, Howard has written songs for A.J. Croce, Gregory Page, Berkley Hart, Carolann Ames, and the Coyote Problem, among others.

"I never had the biggest fan base. I never drew crowds at clubs. I never got any love from the big publishing houses or labels. Still, I'm the luckiest guy in town because other artists, people I love and respect, have given me the privilege of collaborating with them and recording my songs." The 2015 album Helluva Highway: The Dave Howard Songbook includes contributions from Cathryn Beeks, Peter Bolland, Jeff Berkley, Loam, Sven-Erik Seaholm, Spud Davenport, and more.

Howard's album Fate Rumbled was released via Shut Up Gordon! in January 2018. "It's a song cycle that confronts the Trump era," he says of the self-recorded and self-produced album, for which he played all the parts. The album was preceded by a digital single and YouTube video for "Gather All the Fables."

A second single, the title track "Fate Rumbled," was promoted with a video that Howard describes as "a study of the loose associations and wandering mind of the tweeter-in-chief. The sheer irony that he holds the executive power of a nation and the military command of a superpower is squarely addressed by the lyrics and the visuals in this short video."