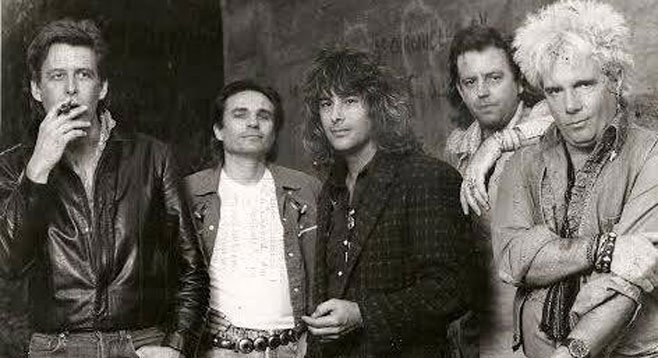 Based in Coronado, Comanche Moon features Paul Kamanski, who came up in local bands like the Fingers with Billy Thompson (later of the Mighty Penguins) and Joey Harris. Kamanski authored several tunes recorded by the Beat Farmers, who released eleven of his songs on eight different albums.