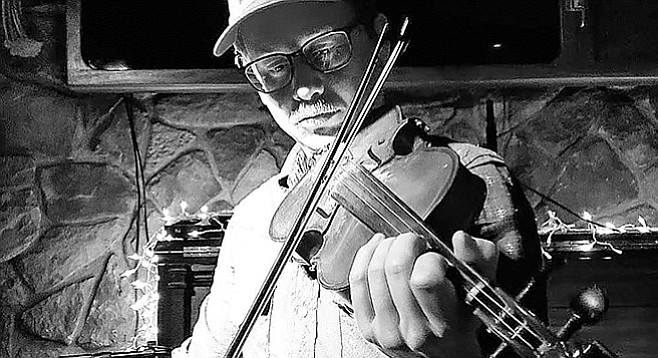 Clinton Davis is a musician born and raised in Kentucky and currently living in San Diego. As a multi-instrumentalist, he plays American folk and popular music of the early 20th century: hillbilly, jug band, mountain ballads, cowboy ballads, and more.

He first heard acoustic folk-blues and such while at home. “The seeds were planted when I was a little kid. My dad played guitar. The blues were not his bag, but other guitar players around him were into it, that Travis-style of guitar playing. But it really came alive for me in college, when I was listening to old folk recordings. The music, I thought, was deeply beautiful. There was deep musicianship, and none of these people were professional.”