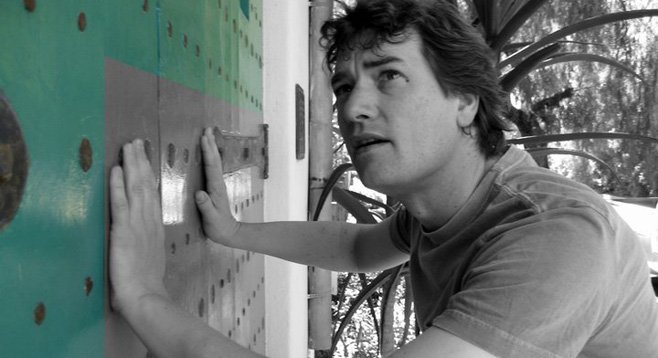 Chris Carpenter spent many campfire nights as a child listening to his mom write and play music while they traveled across the U.S. when he was age 4 to 14.

Inspired by his musician mother, Carpenter’s keyboard prowess is completely self-taught. “Pre-teens, I was nursing on Peter, Paul and Mary, Hank Williams, and Paul Simon. By the time I was a teenager, I was juggling Iron Maiden, Judas Priest, and Mötley Crüe. Then, eventually, Run DMC, LL Cool J, Beastie Boys, some Phil Collins, Billy Joel, and Elton John. So my songwriting comes from 46 different angles.”

Asked to describe his song style, he says, “I find myself with a gravitational pull towards the 1960s and 1970s, yet I try to add the flavor of my current years to it. It’s a style that connects me to my influences, enabling me to release my best stories and emotions.”

“I write my songs with piano, so you’re going to hear a melodic singer/songwriter if you take an ear of me. I love the wide range of song possibilities on the piano. It opens up all areas of a tune, all on one instrument.”

Based in Normal Heights, the former Nordstrom sales manager won Humphrey’s songwriter competition in Autumn 2010, with a prize of five hours recording time and $150. In early 2011, he shot a video for his newest “Every Now and Then” that debuted on his ReverbNation page. He spent that summer touring and recording with Grammy Award-winning drummer Bill Ray.

In 2012, he was nominated for a San Diego Music Award for that year’s Best Pop. The following year, he released his Up All Night album.