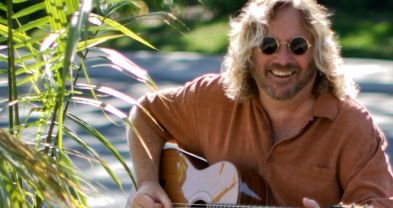 Sound description: A mix of folk rock, jazz, and pop.

Charlie Imes is a singer-songwriter who started playing the coffeehouses back in the 1980s. He went on hiatus before returning in 2004 as a member of classic rock bands Signs of Life and Against the Grain.

Imes’s rock-and-roll roots date back long before he first tried his singer/songwriter act at local coffeehouses. “It wasn’t always a foregone conclusion that music would be my career. I did twelve years of Catholic school, four years as an altar boy, two years as a lector, I spent four summers at a seminary camp, and I seriously considered studying for the priesthood.

“Then I met Randy Rhoads and the original Quiet Riot guys, a couple of years before they all became famous. One night, Randy let me play his ivory Les Paul backstage and then offered to give me a spot in his guitar-lesson schedule. I was so stoked, but my parents wouldn’t let me travel that far [to L.A.] for guitar lessons. Six weeks later, he got the gig with Ozzy Osbourne, and the rest is just another historic rock ’n’ roll tragedy. He was a great guy.”

However, he says he found himself sidetracked away from music again. “My biggest regret [is] abandoning my music career for many years for a ‘real job,’ running a legal-support business. After my parents passed and I survived cancer, I realized that life’s too short and returned to music. I don’t make as much money now, but I’m much happier.”

“When I first had my legal-service business, I used to take the occasional stakeout. I had to follow a cheating husband once, and that sucked.”

Did the job ever place him in danger? “I had to stake out a guy who was breaking into his ex-girlfriend’s condo in the middle of the night. I stayed on her couch with a Taser and waited to serve him a restraining order and hand him over to the sheriff. I was going to move into the kitchen when I saw his shadow coming over the balcony, and he slid the door open. I froze. He sensed me but couldn’t see me and bolted out the door and over the balcony railing like a gazelle. He got away, but I called the cops and they picked him up about a half mile away.”

In 2007, he returned to his singer-songwriter roots and began recording his first CD. On an Island was released in May 2008. Guests include Laurence Juber from Paul McCartney and Wings, as well as guitarist David Beldock, Mike Spurgat and Bill Coomes of Deadline Friday, banjo and mandolin player Dennis Caplinger, bassist Rob Thorsen, trumpeter Gilbert Castellanos, and vocals from Cindy Lee Berryhill, Barbara Nesbitt, and Cathryn Beeks.

In Autumn 2011, he broke a finger on his right hand. “I gotta wear a splint for about six weeks, but I can play around that.”