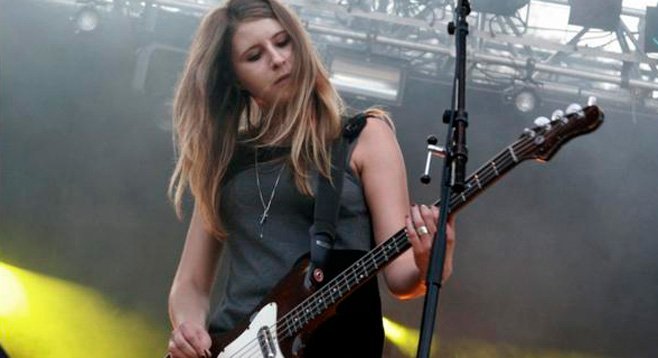 Brooklyn began making waves in her early teens as a solo singer. She performed for various contests, talent shows, and ceremonies in her hometown, Salt Lake City. At five years old, she was already playing music by ear on the piano and was composing her first songs. Her father handed down a love for music, and when he taught her to pick a guitar at the age of 15, she instantly became a songwriter.

In her twenties, she became nationally known for her talents due to her a cappella rendition of "The Star-Spangled Banner." In early 2006, Brooklyn was inspired to pack what she could fit into her car (including her dog, cat, and two guitars) and headed south towards Southern California. She shared a small trailer in San Diego with her pets and found her way to the local music scene, where she met her friend and producer Sven-Erik Seaholm. She recorded and released her first album Blue Skies Await in 2007.

With the help of friends and many multitalented musicians, Brooklyn has made her name in San Diego. Now, she's playing and booking special guest artists every Wednesday night at Hennessey's Tavern in downtown. Soon, she'll be seen touring the country with her pets, her guitars, and her music as she follows the path of her journey.