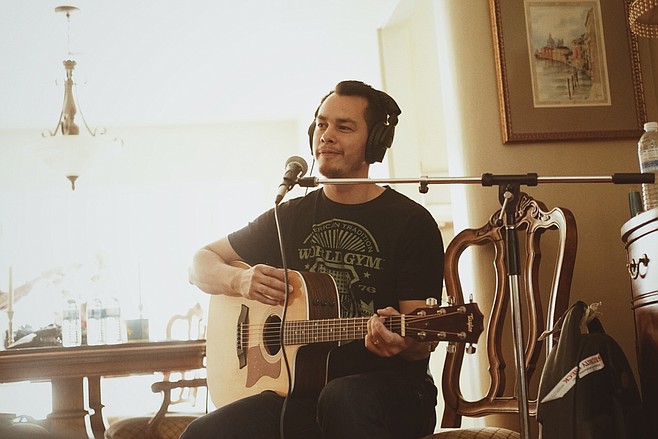 Blaze Eisner began his solo career in 2009, with the release of An Unquiet Mind, recorded with Darla Hawn on drums and Rick Sybrandy on bass. He followed that up with a 2012 EP called American Spirit, which was nominated for a San Diego Music Award for Best Americana or Country Album (despite it being a 5-song EP).

His next release Douglas, recorded, edited, and mastered by Sven Eric Seaholm, features lyrics taken from his time on the road traveling around the country. "The EP is named after a small town in Douglas Arizona, where I traveled while on the road for work," he told the Reader.

"All of the instrumentation was recorded in a five or six hour session live, and then vocals were tracked a week later." The musicians on the album include drummer Darla Hawn (formerly of the Tree Ring), drummer/bassist Brandon Zedaker (bass), Arturo San Vicente (keys), and Clint Delgado (lead guitar), formerly of My American Heart.