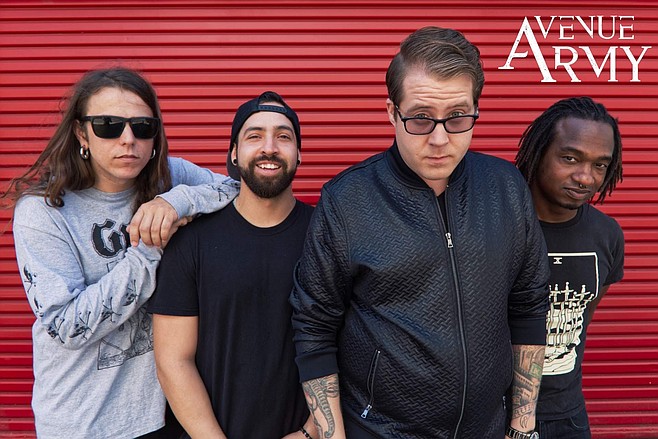 "Avenue Army relocated from Saint Paul, MN to San Diego specifically because they felt that their sound would fit nicely in Southern California and because they strongly felt that this was the place to build a better foundation for their music and fanbase," says singer-songwriter Max Bergstrom. The group played around the Minnesota and midwest scene between 2010 and 2013, when they released their debut album Words With Action.

They relocated to California in 2016, where Bergstrom eventually recruited an entirely revised lineup featuring Travis Wheeler (Stealth Jackson, Vudu Fly) on bass and backing vocals, Vaughn Esparza on lead guitar, and Jesse Schneck on drums. Their American Criminals EP came out in January 2017 and was rereleased the following year with three additional tracks.

The band's EP Holding Steady was released in February 2019, and re-released that October after they signed to Cleopatra Records. By that time, the band lineup featured Bergstrom and Esparza joined by Drew Smith on bass and backing vocals and Jack Owens on drums.