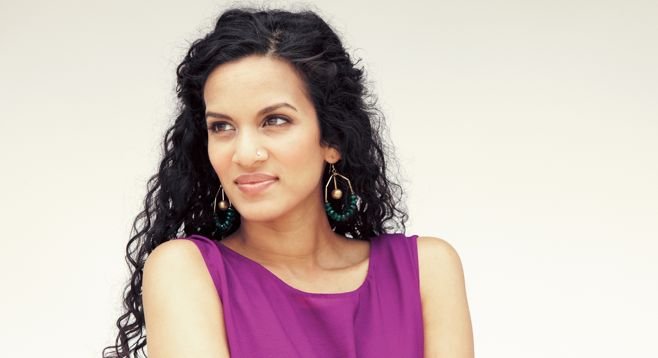 Ravi Shankar is considered the world’s master player of the sitar, a 19-stringed instrument made of gourd and teak. He performed at the Monterey Pop Festival (1967) and Woodstock (1969), plus he organized the Concert for Bangladesh in 1971 with former Beatle and sitar pupil George Harrison.

A 1999 honor graduate of San Dieguito Academy in Encinitas, his daughter Anoushka grew up in San Diego and also plays the sitar. As of 2012, Anoushka Shankar lives in London with her husband and baby boy. Her 2012 full-length Traveller, which fuses Spanish flamenco with the Indian classical music, was nominated for a 2013 Grammy Award as Best World Music Album (as was her late father Ravi Shankar's album The Living Rooms Sessions, Part 1).

Her seventh album Traces Of You (Deutsche Grammophon) was released in October 2013, featuring her half-sister Norah Joneson several tracks. “I approached the album as a whole,” she explains, “as opposed to a series of songs. A lot of it happened unconsciously. Life took a journey of its own and the music followed that form. The sitar leads the listener through the album like a narrator.”

A video for the title track of Traces Of You stars Norah Jones and was directed by Shankar’s husband, filmmaker Joe Wright (Pride & Prejudice, Atonement, Anna Karenina). The Traces Of You album earned a 2015 Grammy nomination for Best World Music Album.