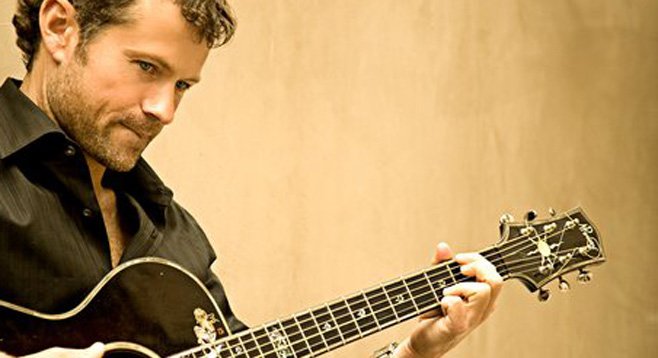 Alex Woodard first began playing the family piano while growing up in Long Beach, where he was an avid surfer. After picking up guitar, he went straight from UCLA to recording his first EP in 1996. His debut full-length album, Nowhere Near Here, was produced by Martin Feveyear (Screaming Trees), with its track “Billie Holiday” earning college and AAA radio play, especially in the Northwest (where he was living at the time).

Woodard moved from Seattle to San Diego in 2002. At various times, his backup band has included members of Sunny Day Real Estate, the Posies, Fountains Of Wayne, Gigolo Aunts, Tracy Bonham, and Sky Cries Mary. In December 2003, his song “Every Road” from his album Saturn Returns won the SongwriterUniverse “Best Song of the Month” contest.

In August 2008, Encinitas-based Woodard released a self-titled album that includes Sara Watkins, of Nickel Creek, and Brian Young of Fountains of Wayne.