Adriana Smith and Ghost in the Graveyard 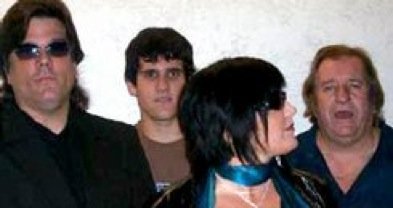 RIYL: Bauhaus, the Cure, and Siouxsie and the Banshees.

Adriana Smith and Ghost in the Graveyard consists of a group of musicians with backgrounds in rock and country. After meeting in a treatment center, Adriana Smith and Doug Tilley played in a local country cover band. When they teamed up with father and son Dave and Zack Wagner, the band's current edgy rock sound was born.