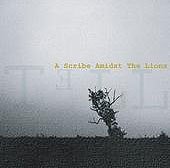 Nomeansno...they were the secret ingredient added to progressive rock which produced the post-modernist hardcore: Math Rock. Their music was intelligent, thoughtful, intense, passionate, and playful. Math rock infused bands like King Crimson and Rush into the primitive, violent punk rock world...giving punk a broad vocabulary and experienced musicianship. It's erratic and unpredictable, experimenting with interesting tempos and often jazz-influenced structures. Math Rock is Emo, intense talent and hardcore all wrapped in one.

If you were in San Diego in the early 90s, you'd remember Drive Like Jehu, Boilermaker, A Minor Forest, Clikitat Ikatowi and maybe even Creedle. They were our local Emo Math Rockers; super-driving, exciting, cerebral and creative. They were superstar musicians who couldn't bring themselves to write simple song structures, they just had to toss it up...but still were able to rock extremely hard when they chose to do so. Sometimes the songs got so heady, they were a little hard to stay with as a listener. I often guessed they sacrificed their audience to keep their songs fresh, even after playing it the five hundredth time...an indulgent theory resulting in a genre that still influences to this day.

I'd have to say A Scribe Amidst the Lions album "Tell" is an album definitely influenced by the Math Rock genre. Don't get me wrong, A Scribe is not the scream-o Clikitat, nor the divine jazziness of Creedle... but they take just enough from those bands to make the songs catchy, surprising and listenable. Time changes, hard stops, quirky riffs, and different instrumentation; all dynamically orchestrated. The songs are epic, most with a gentle lead in, taking us up and down in the body of the song and then leveling off for a smooth end.

"Tell" is very much a brainy group of songs, and sometimes I hear classic rock...but as these guys are super players themselves, I would guess they couldn't settle for simple. They'll weave jazzy bass riffs with steady chord strums, tinkery keys and smooth cymbals, with subtle electronic soundscapes rumbling from behind. Every element is thought out, nothing left to chance...though certainly not predictable. Each dissonant chord is coupled with another equally off sound, creating a unique complementary melody. Subtle keyboards and sonic noises, vocal effects, stereo panning, and experimental tones; from these I get a Granddaddy feel at times. The songs' progressions are so interesting and really catchy with fun melodies, unidentifiable sounds, background chattering, all offering a newness to the listening experience.

The vocals are set deep within, treated as another sound, and often the harmonies melt into the guitars or keys. A few times the singer's tone is so classic rock...Grandson Clock..."shame on the vacant things"...which could make Jack Black a proud man. The vocals and lyrics are given no more preference than the other instruments. The lyrics are repeated often, as emphasis to a melody or rhythm, used less for meaning or thoughtful prose.

The mastering is interesting as many of the songs end such that they merge into the next...creating a smooth flow throughout. Within Lineage, the last song, an emotional piano piece fades in to end the song and then, the closing of the lid to a piano keyboard can be heard. "Tell" is a thoughtful album, intense at times, and yeah, playful...but restrained enough to remain a pretty steady listen.