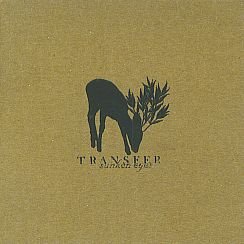 The five track Sunken Eyes EP was originally conceptualized for their fall 2007 tour of the UK. The album, germinated by exploration of sound and melody, soon took on a life of it's own.

The aggressive nature of songs like "Bring a Knife" followed with the delicate aspect of 'Bitter Pill' highlights the dichotomy of Transfer's exploration of composition. Closing with the morbid theme of an almost fatal accident, "White Horse" induces visions of open highway and a fleeting existence brought on by an expressive guitar driven interlude.

The artwork, conceptualized by visionary Paul Drohah of D5ive design, is symbolic of the band's inaugural voyage across the Atlantic. Perfectly capturing the dark yet powerful nature of the ocean, the artwork includes five poignant photographs of the Atlantic, each representative of a song on the album.