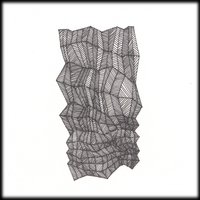 This is sensitive coffeehouse soft rock about relationships, and you can guess that these relationships have gone bad. The representative song for this album is "Who Are You After (If It's Not Me)," including the oft-repeated title line as a chorus. The lead vocal has the perfect jilted-lover longing.

Even as emo goes, this is weepy; emo poster child Chris Carrabba of Dashboard Confessional could tell them to buck up and be men. Still, who among us hasn't been dumped? Well, when you're driving for hours and you feel sick about what happened, you need some music to drown out the swishing of the windshield wipers. It might as well make you want to cry and be played well. That's Writer.

The majority of the music is acoustic, but the band doesn't forgo electric guitar or synthesizers. The songs start out with a note on the guitar and build to include a full sound, and then they taper off to feature only the guitar again and trailing vocals. It may be a flaw in the recording or it may be brushes, but the drumming sounds distant and sometimes clunky.

Members of Writer may not be masters of their instruments, but they play decent songs for when you're in your pajamas and want to stare out a foggy window.

"This is an album that Wilco would boast of listening to."

"Cover Your Tracks is star-gazing indie rock that kicks the Silverlake crowd in the ass with compelling riffs, melodies, and the right dosing of electronic enhancements.”