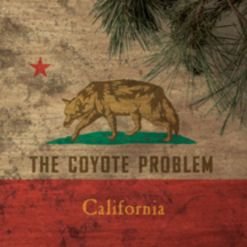 Guitarist/vocalist Peter Bolland: "We like music that's timeless and just plain good without being smartass about it." That's a simple and accurate creed for the Coyote Problem.

San Diego swells with an Americana and country music revival. Anyone with a harmonica holder and a pedal-steel guitar dreams of converting a beach hut into a neon-lit honky-tonk. Plenty of bands have set a drum-brush beat and mandolin background against a lonesome lead vocal, but few do it with the clear, ringing glow that the Coyote Problem achieves.

Instead of a raucous, smash-beer-bottles-and-swig-whiskey sound that a lot of alt-country and country-rock bands embody, the Coyote Problem slows the rhythm and turns up emotional longing. On "She's Alone Again," Bolland sings, "She's all right almost every night/ but tonight the rain won't end/ and she's alone again." The straightforward lyrics portray the story without getting into the weepy "she done me wrong and my dog died" trap of the genre.

Don't think the band abandons its hard-living roots, though. Fans of country-party music should check out self-explanatory track nine, "Let's Get Drunk."